The circus is a place where being different is encouraged, and where uniqueness is not only accepted, but celebrated.

When exploring directions and populations in which to target our expansion of social circus programming, we strive to consider gaps in services and the needs of the population, as well as evidence that this approach and philosophy is effective for the population being considered. From 2003–2015 the prevalence of Autism Spectrum Disorder (ASD) has increased from 6.0 per 1,000 to 19.6 per 1,000 of 5-14-year-olds in Newfoundland & Labrador (Public Health Agency of Canada, 2018). This is the highest rate of ASD in the country, and as this population ages, there are few transitionary resources in place to assist in empowering members of this population through self-advocacy into adulthood. Helping adolescents with ASD to develop a sense of self will aid in the transition process and will develop a skill that will benefit them throughout their lives (Autism Speaks, 2018). The inclusive nature of social circus is an ideal environment in which to help empower young people by teaching them tools that will help them to succeed both as artists and as members of a much larger community. At its core, the circus has always been the place where those who are different can find a place where those differences are celebrated, and this can be particularly helpful for children living with ASD:

[Circus training exercises] allow children with autism to utilize their techniques of control in ways that also help them to focus their bodies on balancing, on connecting left and right brain, and concentrating on a task devised by someone else. Training for a circus trick in such a way invites them to make positive uses of embodied needs, actions, habits and expressions that in other situations appear odd or compulsive. Thus, in a circus class they are encouraged to spend extensive periods embracing their desire for repetitive actions and movements, which in turn enhances a comfortable sense of embodiment. To a considerable extent they are able to experience how it feels to “be themselves” in a productive context, learning how to undertake a creative practice in which they are not constrained by their awareness – and/or their family’s awareness – of what is socially “outside” of normal behaviours. The creative energy that circus culture produces, along with the physical risk it promises, provide a unique environment for special needs children to grow and embrace their particular ways of being in the world: their singularity; their difference. (Seymour, 2014)

A sense of belonging is a critical need for humans to survive, let alone to thrive and to flourish into self-actualized individuals capable of impacting the world around them. Oftentimes our most vulnerable populations are left on the margins of the community, just waiting to be embraced, and the creation of an inclusionary space where those individuals are not only embraced, but celebrated, is what we can help to provide through our social circus programming at Ignite Circus. 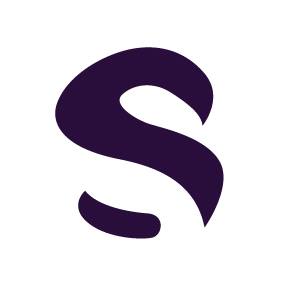